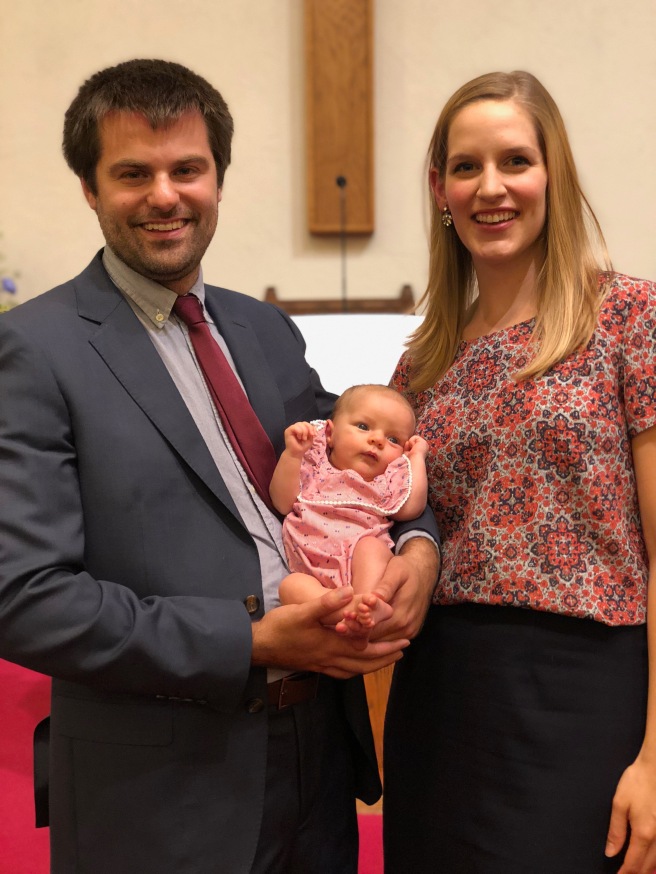 Oliver and his wife Kim have been married for six years and both grew up in Knoxville, TN.  Their daughter Emilia was born in Indiana, PA August 2018! They spent the last four years in Philadelphia while Oliver was working on his MDiv at Westminster Theological Seminary. Oliver was first involved with RUF as a student during his undergraduate studies at Middle Tennessee State University. After graduating MTSU with a BA in English and Philosophy, Oliver interned at Trinity Presbyterian Church in Murfreesboro, TN, serving primarily with RUF at MTSU in addition to leading Trinity’s Youth Group.

While at Westminster, Oliver served as a pastoral intern with the college ministry at Tenth Presbyterian church in Philadelphia, PA, doing outreach and bible studies at colleges such as University of Pennsylvania, Drexel, and Temple. Oliver and Kim are excited for the opportunity to pioneer a new RUF at IUP alongside a new PCA church plant!

My wife was recently talking to a co-worker who had attended IUP and when she found out that we were going there she said “I wish I had a pastor in my life during that time.” There is something about college life that makes it a crucial and unique opportunity for pastoral ministry. It is where young adults are first on their own, away from their parents, beginning to really think through what they believe and what they want their lives to be about. It is a great time for the church to step in and both reach students who have never known Christ and disciple Christians who are faced with new temptations and ideas there.